„The most culinary bar in Cologne“

The Bayleaf is a high-quality cocktail bar and at the same time a restaurant. So we are a restobar.

Our reputation as the “most culinary bar in Cologne” (Carsten Henn, KStA, November 2016) rushes ahead. Thus, we are concentrating on the concept developed by owner Daniel Gottschlich (Ox & Klee) in 2016 to open the Bayleaf: Food Pairing – the combination of fine dining dishes with high-quality cocktails.

„Der Feinschmecker“ wrote in February 2017:
„Daniel Gottschlich implemented his plan in 2016 and is now one of the pioneers in Germany who combine cocktails with high-quality dishes.“

Food Pairing is our figurehead. As menu for dinner or with high quality barsnacks in between.

Fine dining for business meetings or simply enjoying lunch. We welcome you every Tuesday to Friday also from noon until 3pm at Bayleaf.

Just sign up for the newsletter and receive each week the current Plat du Jour courts by mail in advance.

Every day, the kitchen team around Daniel Gottschlich designs exciting, varied dishes that are filling, but not heavy – so that you get well and fit from the lunch break! You can choose fresh homemade lemonades and wine of the day that go with it. We also offer a starter of the day and dessert of the day.

Just sign up for the newsletter and receive each week the current Plat du Jour courts by mail in advance.

The Bayleaf is one of the first bars in Germany dedicated to the topic of Food Pairing. This is the combination of flavors in food and cocktails. Michael Elter creates fine cocktails with seasonal ingredients to fine dining dishes from the forge of two-star-chef Daniel Gottschlich and the team of Ox & Klee.

Our menus change regularly. Three to six courses with fine dining dishes accompanied by corresponding cocktails. We are especially proud of our non-alcoholic drink accompaniment, which is also matching to the courses and is created with great care and great effort from fresh, extraordinary ingredients. You have the choice!

Whether classic or avant-garde, you decide!

Our bar chef Michael Elter prepares all cocktails at Bayleaf with fresh products, homemade liqueurs and specially prepared syrups. All juices are freshly squeezed. Through his years of experience as an IHK bar master, he is able to present classics, personal creations and also non-alcoholic cocktails in a top quality to our guests. You do not know yet, what you would like to drink? Talk to our team – we like to advise and surprise you!

Our bar menu offers not only cocktails, just have a look 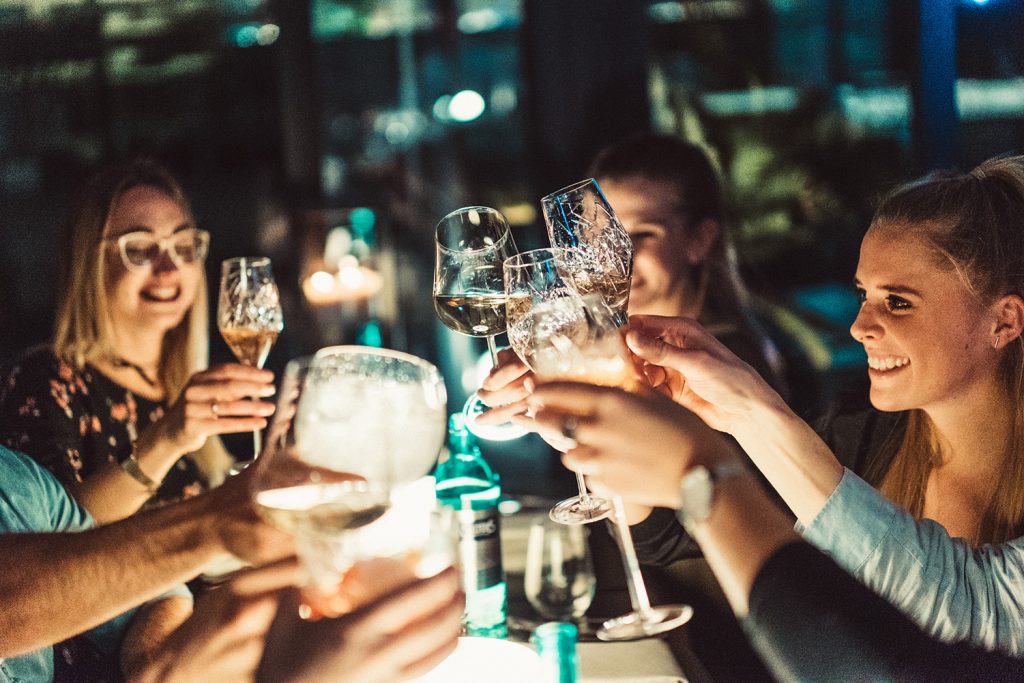 Bayleaf is a great place to celebrate. Enjoy a set menu with up to 40 persons or a flying buffet with up to 60 people. Should it be a party with DJ? In addition to our interior you can also rent our terrace.

Dinner with a view! 👀
Elegant. Modern. Exclusive.
THE BAYLEAF

What’s going on at the Bayleaf

Enter the address “Im Zollhafen 18, 50678 Cologne” in your navigation system. It will lead you through the underground garage directly under the crane house. Continue 10m further in the blue area and park at numbers 2086-2105 or opposite at 2130-2147. Leave the parking lot via the entrance 2.04.

Special opening times on public holidays and at events. We inform you in our newsletter.